Places to stay in Fuerteventura

When it comes to where to stay in Fuerteventura, the choices are limitless. Whether you prefer the big five star treatment or the personal touch of an intimate boutique, whether you want that breathtaking sea view or love the calm of the countryside, Fuerteventura offers plenty of choices.

Corralejo and Caleta de Fuste are popular with the British, while German tourists favour the southern resort of Jandia. Visitors from the Spanish mainland swell numbers in July and August. Although prices are slightly higher than mainland Spain, a holiday here is still good value.

The east coast offers safe swimming, while the wild, west coast is renowned for its surf breaks. There are sheltered coves in or around all the main resorts. On more exposed beaches, consistent trade winds produce world-class windsurfing conditions. If sunbathing becomes a little too bracing here, it is possible to pitch camp in the semi-circular, dry-stone wind shelters scattered along the shore. The island can be toured in a day and the excellent roads make driving easy. The parched interior is littered with interesting hamlets.

Hotel prices quoted are the lowest, per night, for a double room until the end of June. Prices can double during July and August. All hotels have a pool unless otherwise stated. There are also many apart-hotels and self-catering properties, particularly in the Corralejo and Caleta de Fuste areas.

Lovely beaches and a wide range of hotels and restaurants make the island’s largest resort, Corralejo, popular with British visitors. The theme pubs and tatty gift shops of the brash main strip give a misleading first impression. Around the harbour, the pavement cafes and fish restaurants of the old town draw couples and families alike. Large groups of exuberant youths are noticeably absent.
Hotels and apartment complexes straggle east along a series of sheltered, white-sand bays, hemmed by volcanic outcrops. Calm waters make this an ideal spot for swimming. Beyond, the Sahara-like dunes of Corralejo Nature Reserve roll inland and south for more than six miles. This stunning stretch of coastline – a favourite with kite surfers – has no amenities and is very exposed. The strange rock formations and abundant bird life of the tiny isle of Lobos are a 20-minute boat-ride away.

This sleepy, west-coast village is an atmospheric place that remains largely untouched by tourism. A stubby fort guards the harbour where fishermen tend their nets. Camper vans in the sun-bleached backstreets hint at the surf beaches to the south. The main draw is the lagoons – a group of pristine sandy coves just north of the village – where locals go to sunbathe and swim.

This hamlet, 15 minutes inland from Corralejo, was once the island’s capital. Although the grand houses are crumbling, it is still worth a visit. The 18th-century church has unusual trompe- l’oeil decoration and Centro de Arte Canario (928 868233; open 10.30am-2pm, Mon-Sat; adults £2.80, under-12s free) houses a fascinating collection of contemporary painting and sculpture in a converted house and underground gallery.

This purpose-built resort is a 10-minute drive south of the airport. Inland, the road climbs through a desolate landscape of rust-red plains and high mountain ridges to tiny settlements with whitewashed churches and pockets of palms. Working museums demonstrate agricultural practices and the island’s arts and crafts.

The resort is a great destination for families and golf-lovers – the Spanish Open was held here in 2004. The man-made beach is protected from the Atlantic breakers and the shallow waters are ideal for children. Camel rides and beach volleyball are just two possible diversions.
Although it lacks the atmosphere of resorts with fishing village origins, it has excellent facilities. The street behind the beach has a series of small shopping malls with bars and restaurants.
English is the predominant language here and there are more family groups than in Corralejo.

Tiscamanita
Windmill Interpretation Centre (928 164275) is open 9.30am-5.30pm; closed Mondays and Saturdays. Admission, £1.30; under-12s free. Pick a windy day to see the mill in action, grinding toasted barley to produce gofio, a staple of the island’s cuisine. Displays detailing the history and evolution of the windmill on Fuerteventura are in Spanish. Ask at reception for the English guidebook.

This village, another ancient island capital, erupts in a riot of herbaceous borders against the scorched mountainside. The pretty church borrows from several architectural traditions and has fine woodcarvings and a baroque altar. Across the square, Casa Santa Maria has an excellent restaurant and also sells high-quality artisan goods. The nearby goat farm produces the island’s Majorero cheese.

The island’s most dazzling beach has a tidal lagoon and stretches for 13 miles along the south-east coast. The International Windsurfing Championships are held here in July. Sun worshippers may prefer the more sheltered charms of Jandia.

Jandia
This pretty resort grew up around the fishing village of Morro Jable. Sealed roads end here and a four-wheel drive is needed to explore the wild tip of the Jandia Peninsula.

Jandia beach, a glorious two-mile swathe of white sand, is backed by a broad promenade. The hotels and bars of the new development merge with the narrow streets of Morro Jable to the south. A lighthouse dominates the quiet, north end of the beach. Lifeguards patrol the sand and there are banks of sun-loungers and several beach cafes.

Morro Jable’s harbour is a busy working port and separate from the tourist area. Although the old town has character, it seems rather worn. The resort is very popular with German tourists and there are more couples here than families. 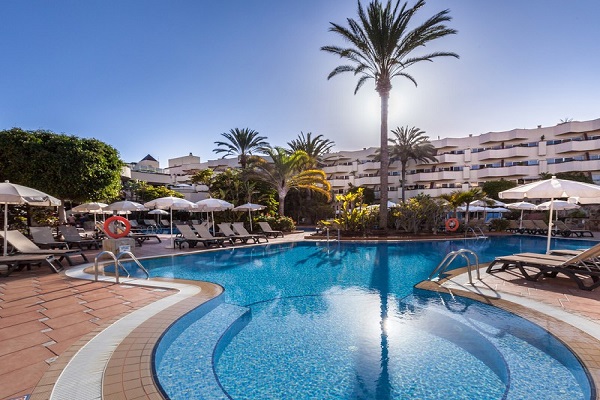 This modern, low-rise resort spreads out from the original old town and fishing port. Surfers come for the breaks, beach-lovers for the year-round sunshine against the vast expanses of fine, white sand.
Read More 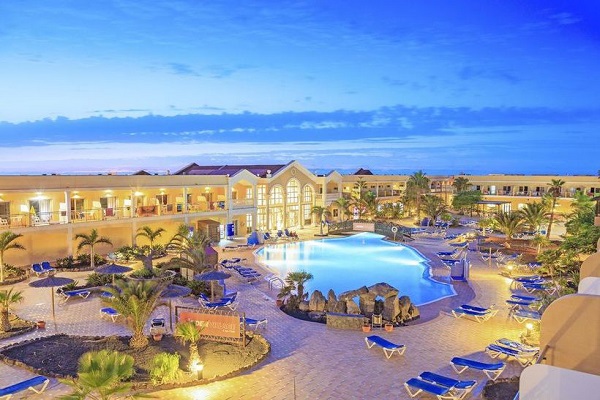 El Cotillo is a small fishing village at the northern end of Fuerteventura. The resort is fast gaining in popularity, mainly due to its fabulous beaches and lagoons, which lie to the south of the village.
Read More 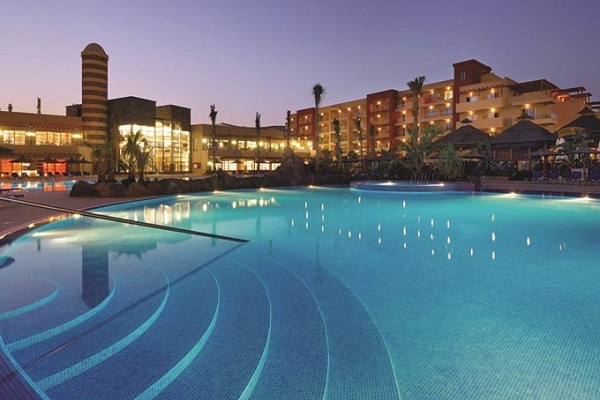 Caleta de Fuste is a purpose built holiday resort, with safe beaches for the family. Created around the original cove, which developed into a harbour and beach resort as it offered safe sheltered environment.
Read More 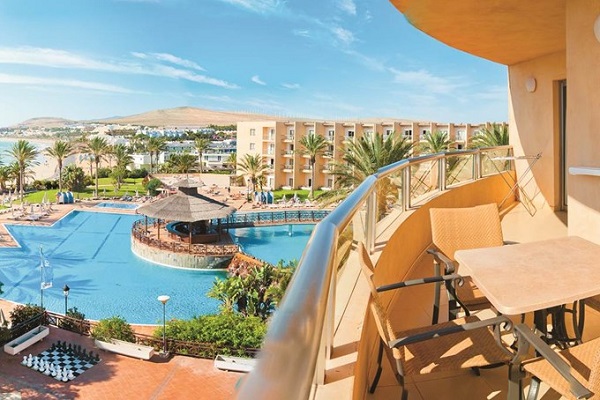 Costa Calma is a true beach resort, having been built adjacent to a mile long section at the start of the white sandy beaches that run for about twelve miles from Costa Calma to Morro Jable.
Read More 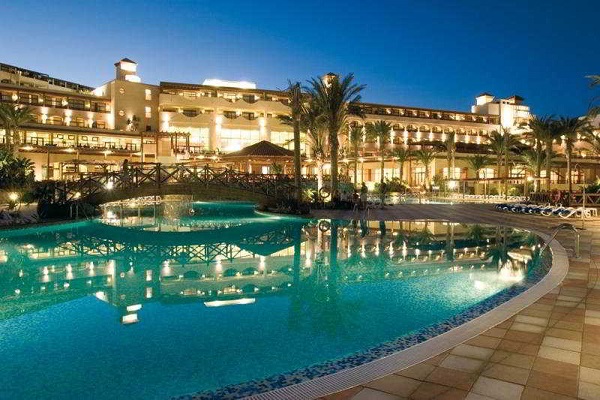 This purpose-built resort offers you the chance to unwind in a friendly, safe and relaxed environment with great restaurants, excellent beaches and more than a hint of Mediterranean charm.
Read More 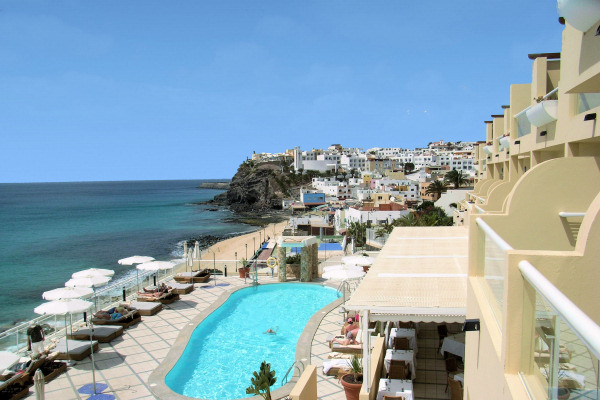 What was once a small fishing village with only 200 inhabitants, Morro Jable has now grown into one of the biggest holiday resorts for German tourists on the island (with around 8,000 inhabitants).
Read More